Paula Rebsom is an Artist, Mother, Educator, and Trickster. All of these identities inform her interdisciplinary visual art practice which includes making sculptures from wood and fabric, site-specific installations, and image-based work using motion-sensor cameras. She’s always had an interest in science, specifically wildlife ecology, and applies elements of that into her work.

If We Lived Here

If We Lived Here – 2010 to Present – Site Specific Installation in SW North Dakota.

In its simplest form If We Lived Here was built in an attempt to provide shelter for the birds that were displaced when their home was destroyed. In its most complex form it is a quiet and haunting, ghost-like reminder of what was, what is no longer, and what may never be. 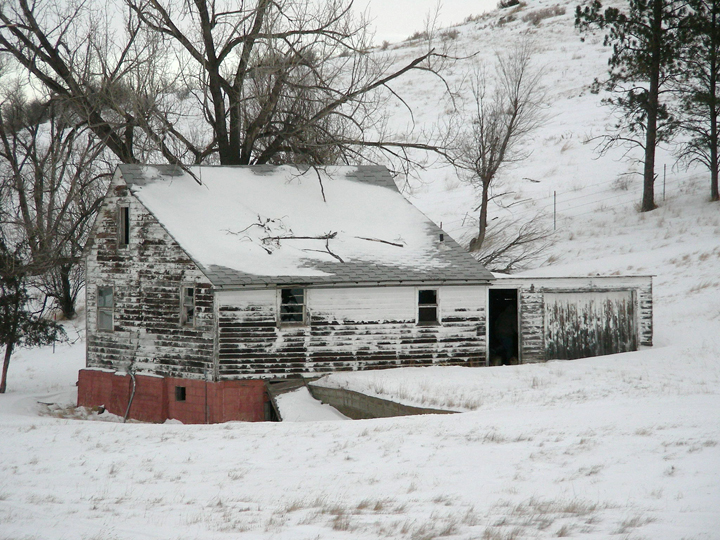 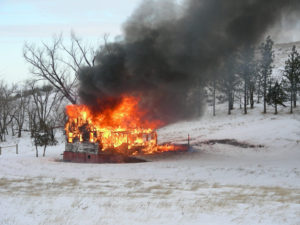 Last photograph taken of the original homestead before it was burned. February 2008. Photo Credit: Harriette Rebsom 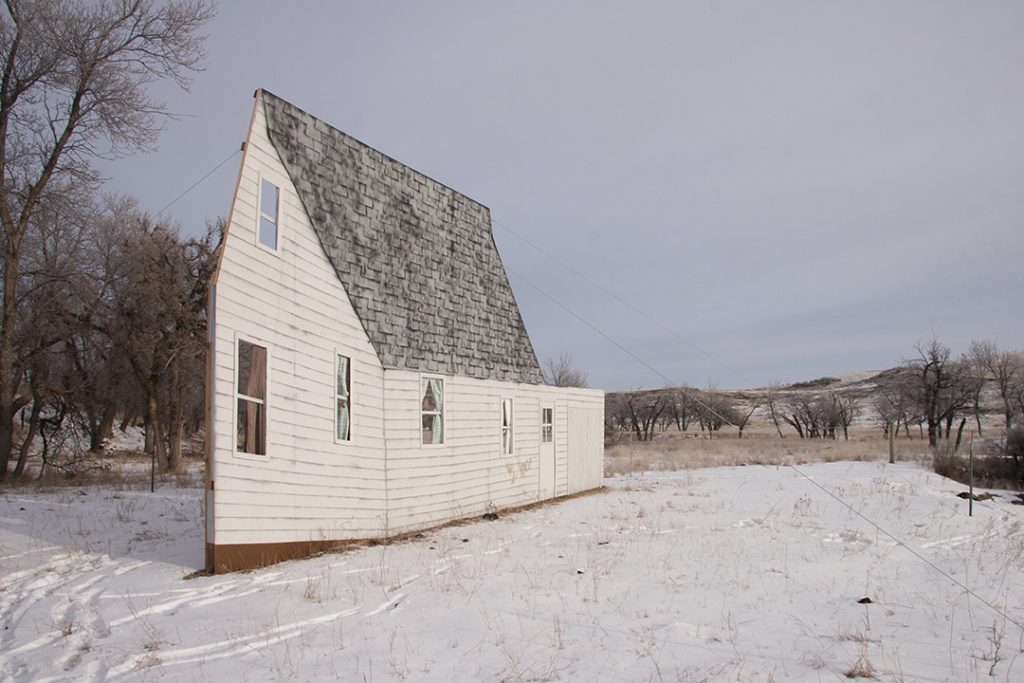 Replica of the original homestead built just over the hill from the original structure. 16′ x 40′ – December 2010 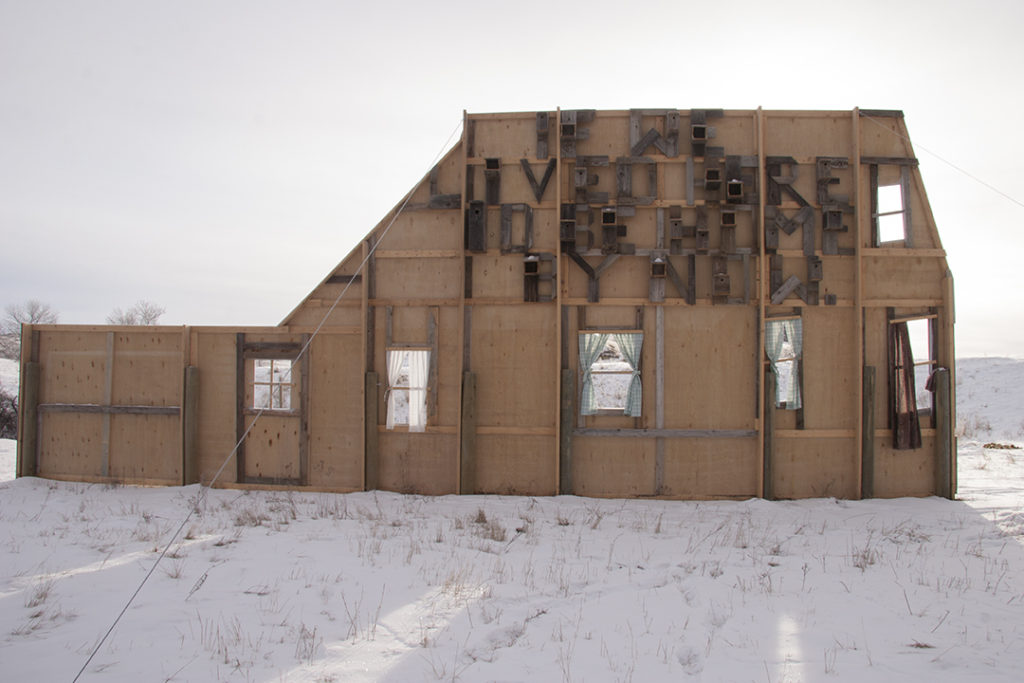 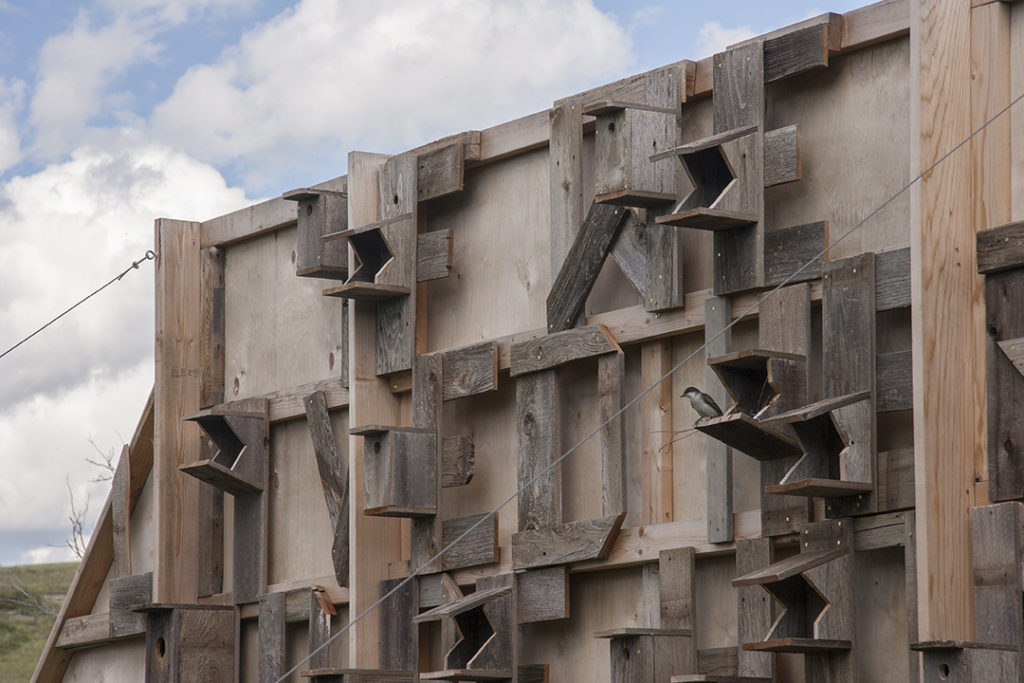 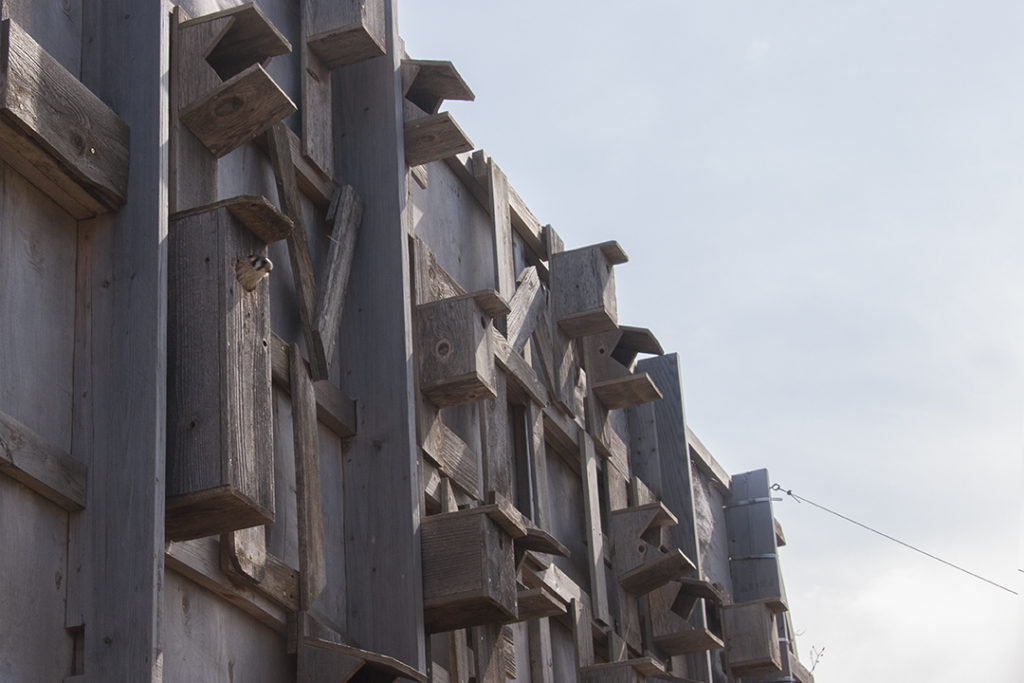 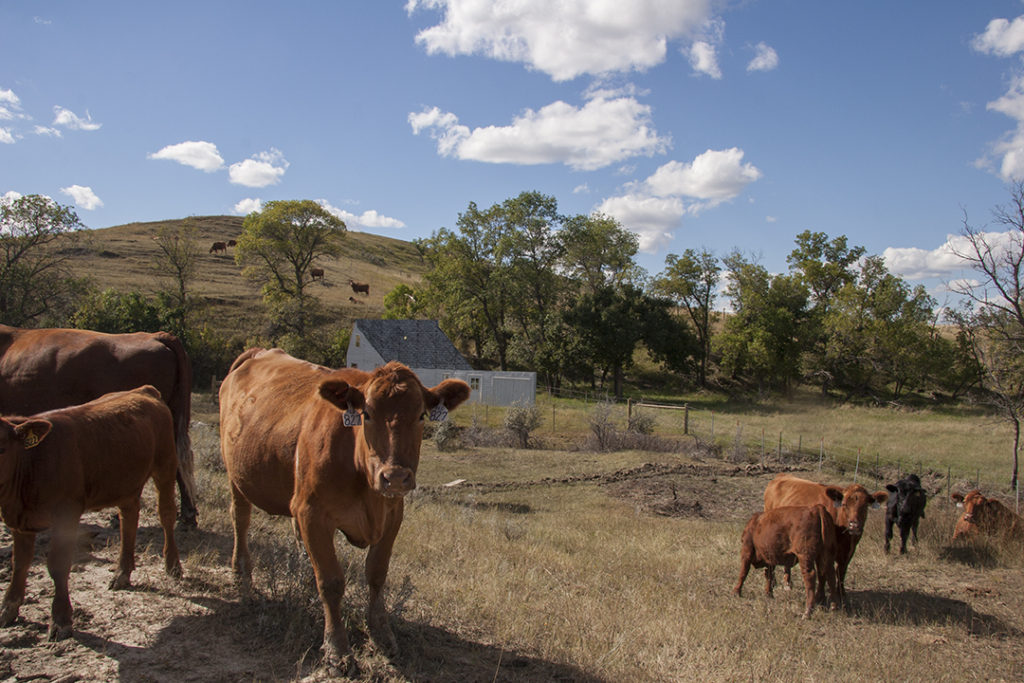 Cattle still roam the pastures on the ranch. 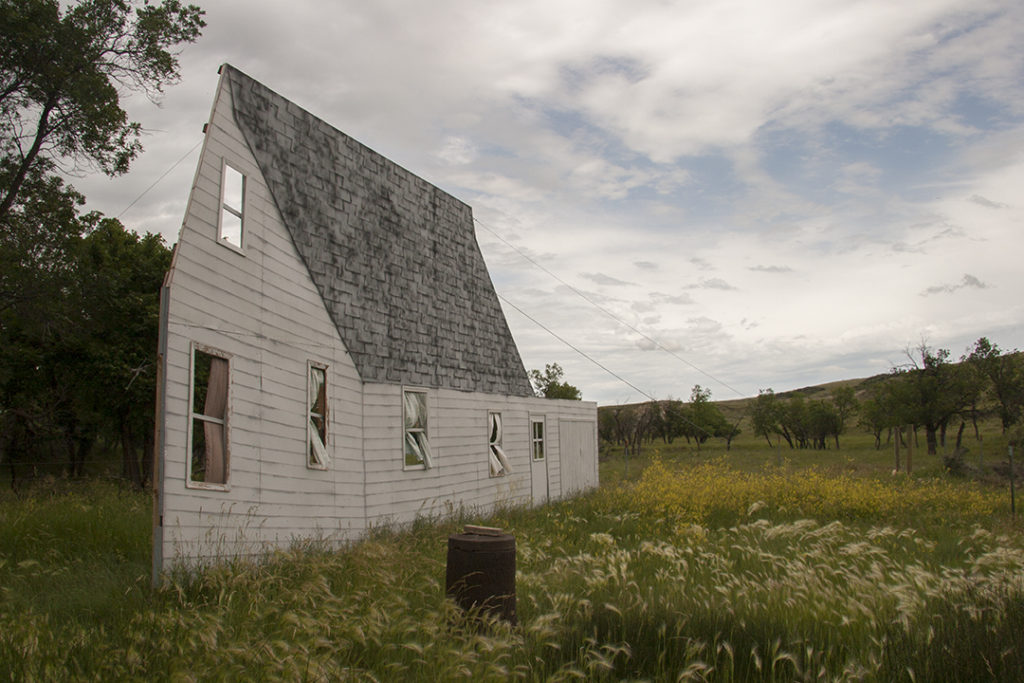 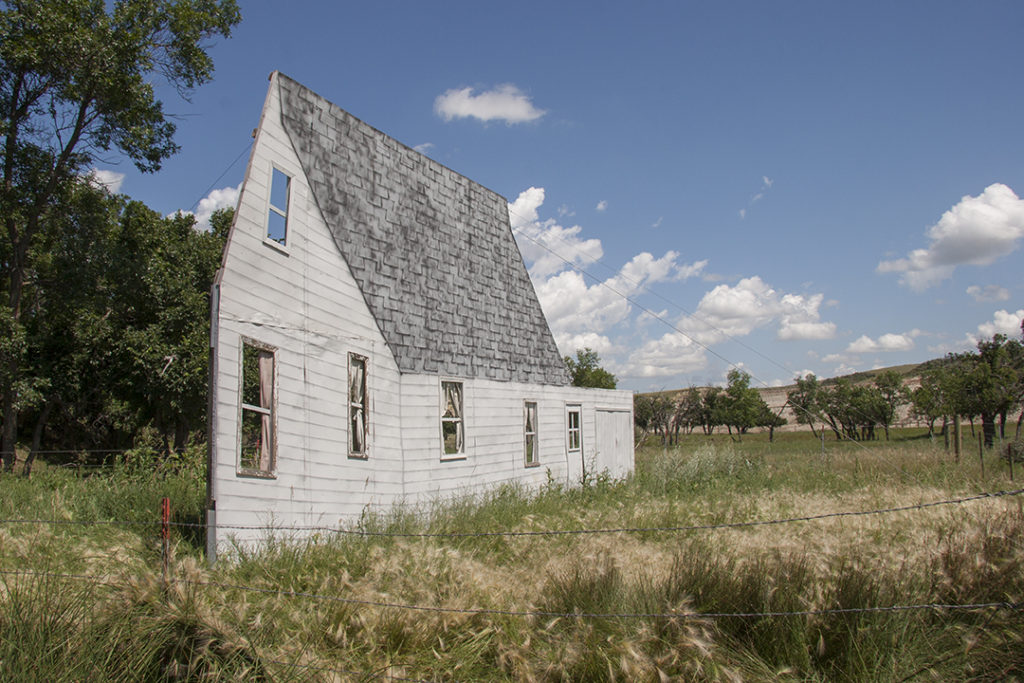 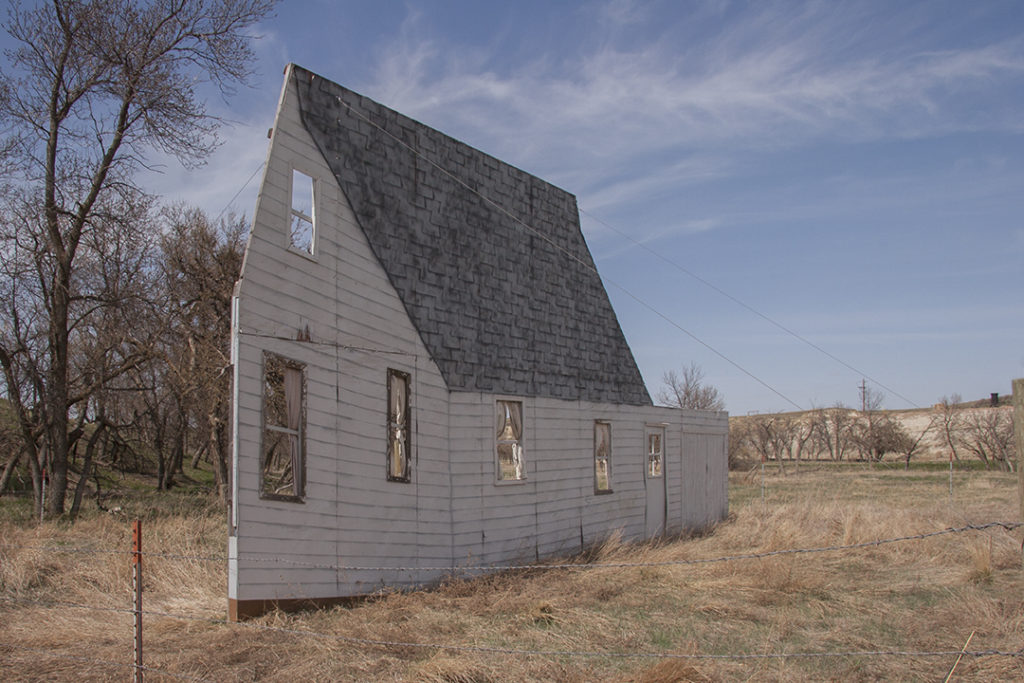 The structure slowly fell apart in the extreme climate shifts of North Dakota. Today, little remains of the sculpture.

Thirty-one years ago, when my mother was 3 months pregnant with me, a harsh winter forced my parents off the farm that has been in our family for over 50 years. The 1,300-acre farm is tucked away in the little Badlands of North Dakota and only accessible by 9 miles of scoria road. After my parents’ left the farm they moved to nearby Dickinson, the land was rented to neighbors and the home was rented out to a couple that left the home in such disarray it was no longer safe for human occupancy. That is when the barn swallows, rabbits, raccoons and mice began to settle into their new home. I was able to enter the home a few times as a child to view the new homes these animals had tucked into the corners and recesses of the rooms. Eventually the floor by the front door collapsed barring any further human access to the remainder of the home.

Last February, after my grandmother gave my parents power of attorney over the property, they burned down the farmhouse, barns and chicken coup for liability concerns. What did not burn was buried and all that remains as evidence of the homestead are two small granaries. This past September I returned to North Dakota and built a 16-foot tall by 40-foot wide billboard like replica of the home with the assistance of my father just over the hill from where the original homestead was. I used the last image taken of the home before it was burned as my model for the front of the structure and attached 20 birdhouses that spell out the words “If we lived here, I’d be home by now.” to the back
of it.

In its simplest form “If We Lived Here” was built in an attempt to provide shelter for the birds that were displaced when their home was destroyed. In it’s most complex form it is a quiet and haunting, ghostlike reminder of what was, what is no longer, and what may never be. It holds memories far beyond my years and comprehension while at the same time providing a new presence of hope and possibilities for this rural landscape. The landscape my mom was raised on, the land that her and my father would try to make a living off of, a place that I dreamed as a child to call home, the land my sister and I will someday inherit.

If We Lived Here: En Route from Paula Rebsom on Vimeo. 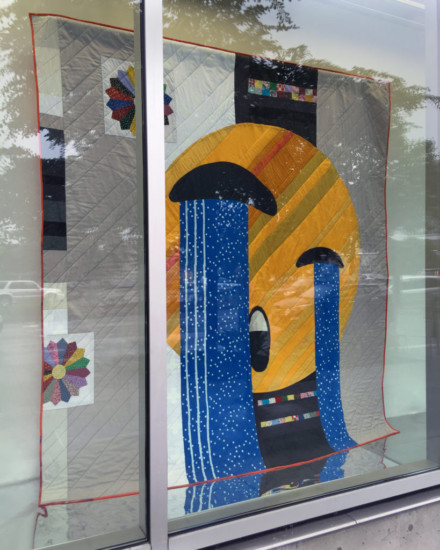 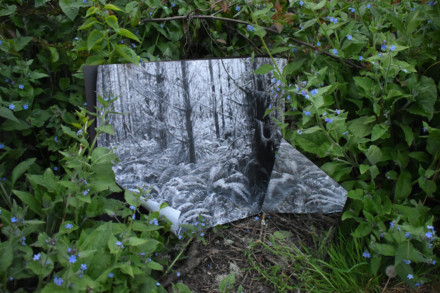 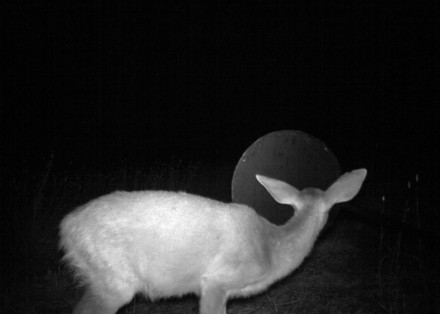 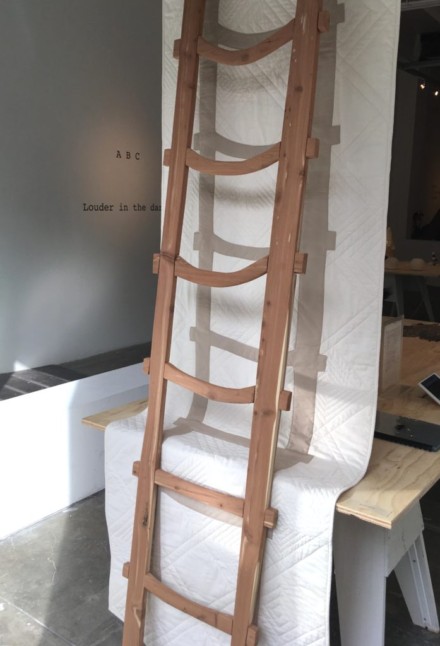 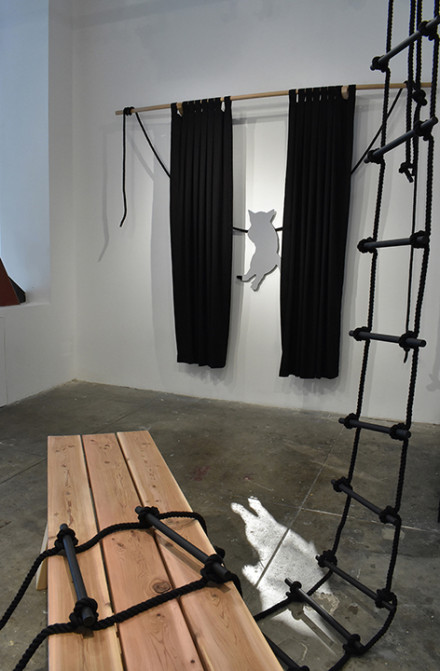 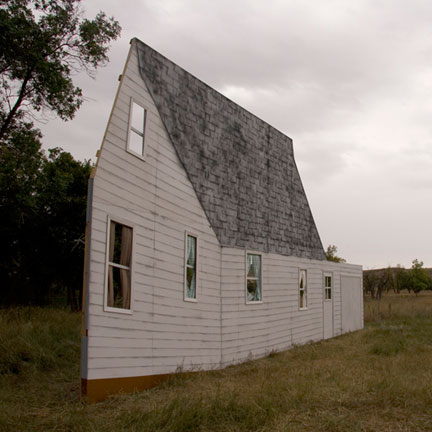 If We Lived Here 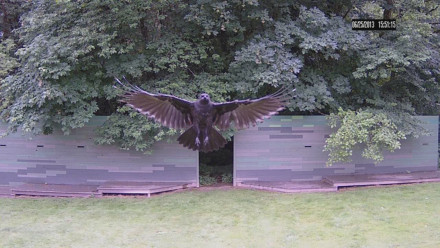 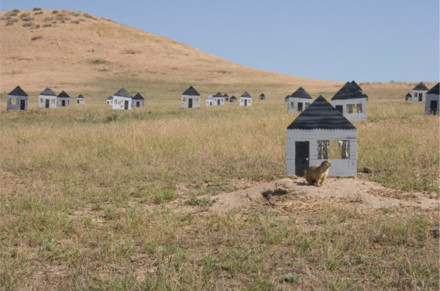 Outskirts: The Development of a Prairie Dog Town 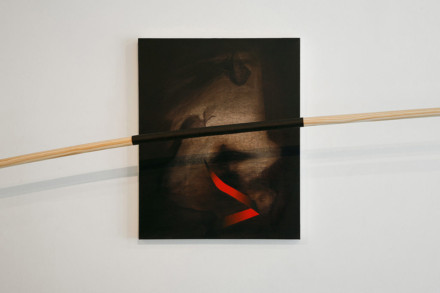 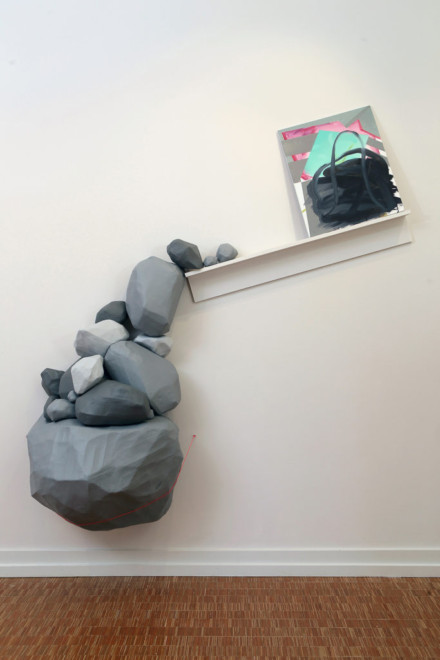 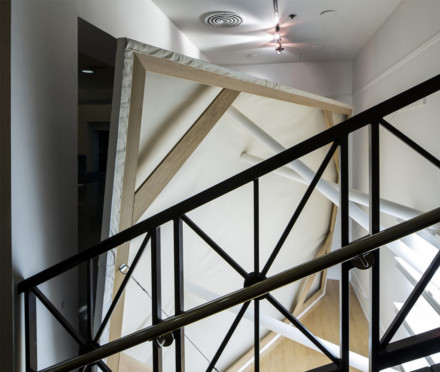